The Continuing Problem of Women’s Appearance……

Posted on February 2, 2013 by clarearoche

My PhD topic is researching the surprisingly numerous women who climbed and walked in the Alps in the second half of the nineteenth century. Whenever I explain this to people hardly anyone comments on the extreme physical fitness needed, the cool heads and, at times, profound privation endured. No, women might have been bivouacking on glaciers, negotiating Alpine ridges with  thousand foot drops on either side, climbing without rest for over eighteen hours and then dining on slugs and squirrels but the thing that pops into most people’s heads is what they looked like!

The most frequent comment is , ‘Did they climb in skirts and if so how did they manage?’   In many ways that is not surprising as to modern minds it seems impossible to have the same freedom of movement in a skirt as is possible in trousers.  In reality there was less difficulty than modern minds might  imagine and, indeed, some advantages; any woman who has walked up a glacier will know there is little cover for ‘calls of nature’. A skirt, however, provided a ready made tent as the Alpinist Mary Mummery noted in 1889. Nevertheless, I suspect if I told people I was studying male climbers  there would be few comments  made about their heavy, three piece tweed suits, the waist-coats, breeches and  the almost compulsory pipe they smoked. Appearance is  of little or no significance for men; it seems fundamental when considering women.

The continued subtle influence of what we expect of women’s appearance was brought home to me  recently by a comment made by a patient. Whilst discussing the joys of the Olympics and in particular the outstanding achievements of women like Jess Ennis the patient confessed she disliked seeing women with six packs. 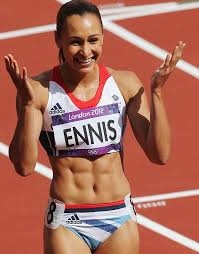 She felt they were ‘manly’ and de-feminising. I commented that this was only because her view of the feminine body has been conditioned by society and  the media.  The dismal coverage given to women’s sport is merely one example. If  an alien scanned the sports pages, women’s magazines or  television channels they could be forgiven for questioning whether women were capable of  serious physical exercise at all. Unfortunately the patient was not persuaded. Society’s expectations of women’s appearance clearly remains  an issue in a way it doesn’t for men. The recent disgusting attacks on the appearance of Cambridge don Mary Beard which followed  previous unwarranted criticism of her by  The Times columnist AA Gill are  high profile examples. If women, such as the ‘admirable Beard’, do not conform to the expected female stereotype they are  threatened and subjected to vitriol. Society’s expectations of women’s appearance can be subtle, pressurising and pervasive. Yesterday the highly acclaimed, double Booker winning author, Hilary Mantel laid bare her reflections  on coping with body image (www.guardian.co.uk/books/2013/feb/02/hilary-mantel-experience-fat).  If someone as successful and outwardly self assured as Mantel wrestles with appearance it suggests we have some way to go before the way women look is not an important talking point.

In one sense we have not moved very far from the final decades of the nineteenth century. Women’s bodies, their exercise and shape, was a major topic of conversation in medical journals and women’s magazines. Then as now the media, which of course meant only newspapers and periodicals, were controlled by men. Even most ‘Lady’s’ papers had male editors and proprietors. Medicine also was dominated by men. As a result the ideal woman’s body was often portrayed as one with a waspish waist sitting between a copious bosom and large backside!  As the anthropologist Mary Douglas has highlighted the more control and ritual a society exerts over dress and appearance the more an individual’s activities are controlled and curtailed. Women climbers were clearly one group of women who abandoned corsets  in favour of more practical clothing and in doing so opened up a new world of opportunities in the mountains. Although they climbed in skirts they made various  adaptations – no firm lacing being one.  Whilst not displaying their fitness in the explicit way modern athletes like Ennis do, nevertheless, the conventions of female body image were set aside whilst they were climbing. Then, as is clearly still the case today, not everyone was happy with this new demonstration of women’s appearance and by association their freedom to become involved in ‘manly’ activities, nevertheless they persevered – as must we.

Please feel free to contribute  and leave a comment

2 Responses to The Continuing Problem of Women’s Appearance……

Women climbers in the 19th century, bodies, medicine; its all here. Musings of a (very) mature PhD student and physiotherapist - an interesting mixture

Deep in the Coast Mountains

This site is no longer active. Please refer inquiries to sammckoy.com

A Pox on the Patriarchy

Did I misplace my pince-nez again? Light reading on the 19th century.